The working revolution: Events that changed the way we work

Rewind to 2019: Morning commutes, business women and men in suits running from one meeting to the next, from one skyscraper to the next, queues for coffees and meal deals at lunchtime…

Fast-forward to March 2020: A global pandemic. People all around the world ordered to stay at home finding out that they can be just as productive in their pyjamas and on Zoom meetings as they are in suits and air-conditioned offices.

May 2021: Lockdown restrictions are being lifted in the UK. A significant percentage of office workers returns to offices, to morning commutes, to suits, and queues for meal deals. Another equally significant percentage is embracing the new normal. They either stay at home and keep on working in their pyjamas, or they work from a beach, a coworking space or even a free workspace around the corner or one of the many cafes to work from in London. We could say that the pandemic has fast-tracked the flo-working revolution.

It isn’t the first time in the history of humankind that our work reality has changed. Let’s take a look at other events that happened in the past that revolutionized the ways we work and made history.

A factory in a garden: The Cadbury Story

It was a desire to grow the business that drove the Cadbury Brothers in 1878 out of Birmingham and into the countryside. The factory in the city centre had become too small. Not only did they need a bigger space, but also a friendlier work environment. George Cadbury raised an important question: “Why should an industrial area be squalid and depressing?” This would lead to their new factory in a 14.5 acre greenfield in a place that is now known as Bournville.

With that decision, the Cadbury brothers gave their factory a new home and improved the living conditions of their employees. Out of the crowded slums of the city, they now had a factory surrounded by green space. It was made accessible by train and road links and had a good water supply – a revolution in Victorian times. Semi-detached houses with gardens, football and cricket pitches, kitchens to heat up meals, playgrounds for kids and heated dressing rooms made Cadbury a luxury employer towards the end of the 19th century. The company became famous for good working conditions and social benefits for its workers, and it led the way for the future of work. 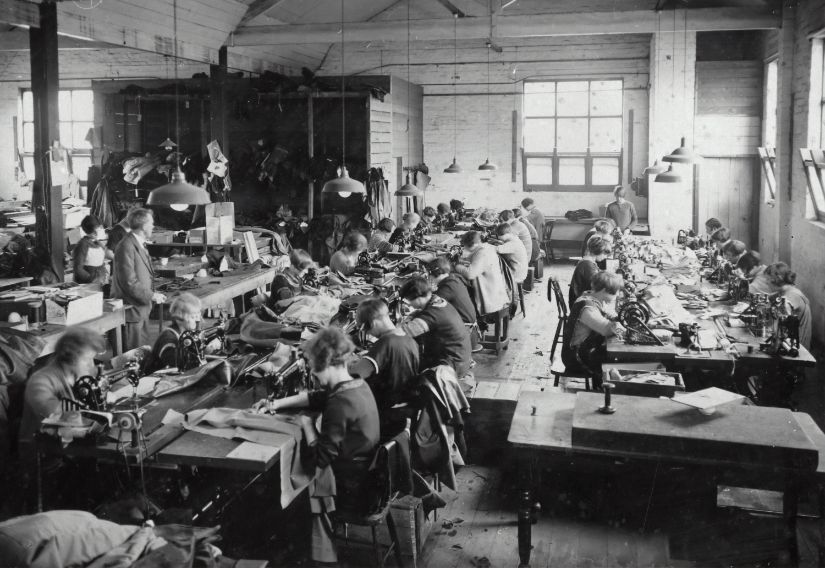 Photo by Museums Victoria on Unsplash

Women in the workforce

The role of women in society seems to be an ever-changing one. Historical events such as the Industrial Revolution and two world wars had an impact on traditional gender roles.

At the beginning of the 20th century, women spent their days with domestic responsibilities. Then the Great War happened. Suddenly, women had to fill in for the men that had left to the front. Factory workers, postal workers and police were suddenly female.

A similar situation arose during World War II where women worked as mechanics, engineers, or fire engine drivers to support the men at war and to keep society going. After the war, the situation unfolded in different ways in every country, but it was a new work-reality compared to the beginning of the century. With the Sex Discrimination Removal Act from 1919, the UK removed the legal barriers for women to work in legal or civil service jobs.

Another circumstance – mainly in the US – had an impact on women in the workforce in between the two wars. With the Great Depression came an increase in unemployment. Married women with jobs were seen as a threat to society and even banned from employment by law. It was WW II that changed the course and opened employment opportunities for married women on both sides of the Atlantic.

If we look further back in history, the role of women in the workforce changed in opposite directions a few times. When society was based on agriculture, women and men were involved with the same tasks, even physically demanding chores. The only time when the women did not work on the farms was when they gave birth. It was the Industrial Revolution that led to a new understanding of gender roles. The men became the “good provider” for the family whereas the women took care of the household.

It was the growth of public education later that demanded for more teachers and the growth of industrial enterprises that required more office workers and salespeople. Women entered that workforce, but at lower salaries. The pay gap is a direct result of the image of the man as the provider of the family. The Equal Pay Act from 1968 was meant to change this situation. 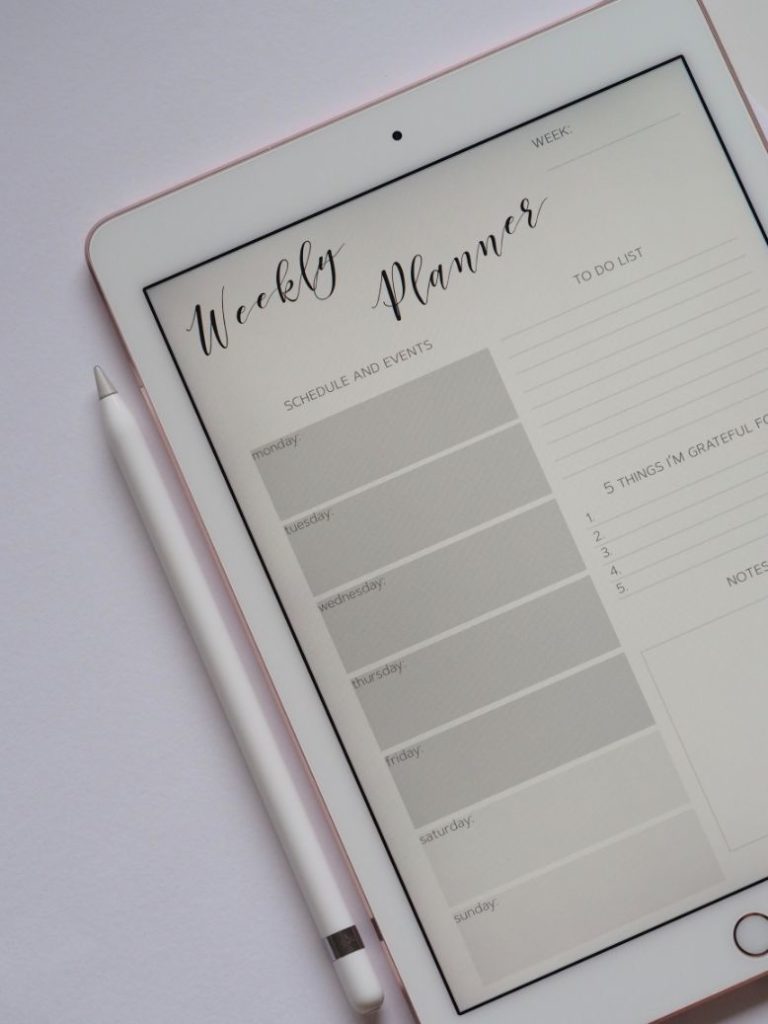 It was approximately 15 years ago when Timothy Ferriss became known for the book “The 4-hour work week”. Yes, you read that right, 4 hours per week! We have not forgotten a “0” and neither has Tim Ferriss. Whilst we might question a 4-hour-workweek, hardly anybody questions the norm of the 40-hour-workweek. We grew up with an 8 hour per day pattern and the typical 9 to 5. But it wasn’t always like that.

The 40-hour-workweek was first implemented in the US, in the factories by Henry Ford. However, the idea originated in Europe and goes back to the Welsh manufacturer Robert Owen in 1817. During that time, people worked on average 100 hours per week, stretched over 6 days, in the factories and social protest started to emerge.

It was US President Ulysses S. Grant in 1869 who issued a proclamation to guarantee eight-hour workdays for government employees. It still took a while and some social upheaval until it took hold across all work sectors. The United Mine Workers won their 8-hour day in 1898, the printing industry in 1905.

It was Ford Motors as the first private company that implemented the 40-hour workweek and 5 days per week in 1926. General Motors followed in 1937 after strikes at a plant in Michigan. A year later, the congress passed the Fair Labor Standards Act which limited the workweek to 44 hours. An amendment in 1940 reduced it to 40 hours.

A similar movement towards a 40-hour-workweek was seen in the UK, but it didn’t have the same impact it had in the US. It was a strike by gas works in East London in 1889 that marks a milestone. The previous 12-hour-shifts were about to be raised to 18 hours. That caused the strike. The gas workers formed a union and achieved the work to be split into three shifts of 8 hours instead of two shifts of 12 hours.

It took another 100 years for the official legal step: The Working Time Regulations of 1998 limit a work week to not more than 48 hours per week. The standard in most companies though is nowadays 37.5 days per week over 5 days which is the European average. 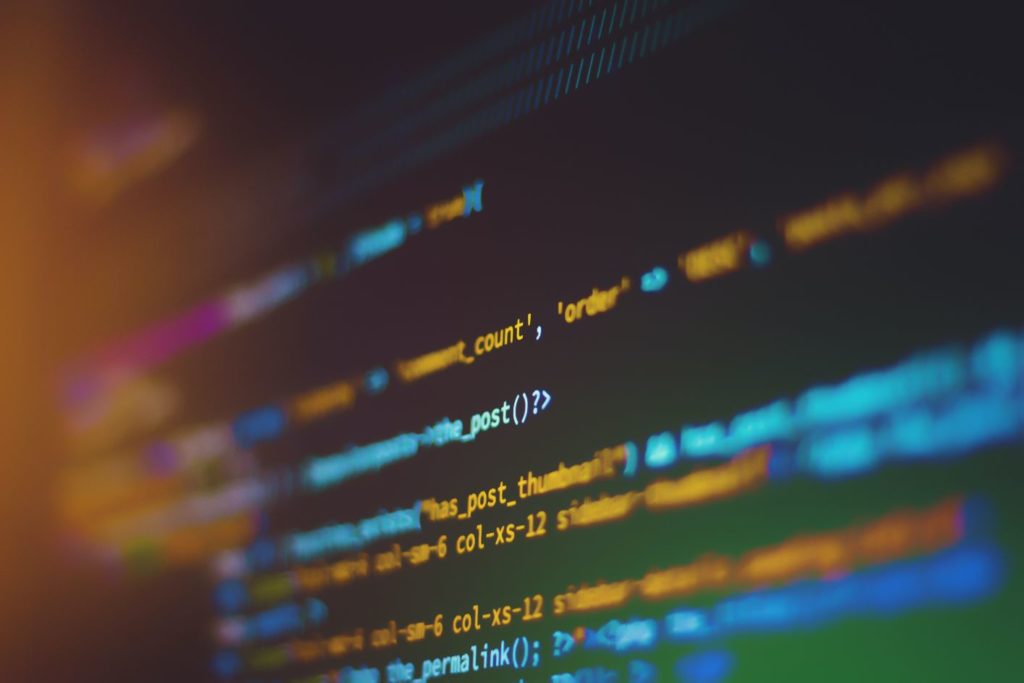 Photo by Shahadat Rahman on Unsplash

In similar ways how the Industrial Revolution drove workers from farms to factories, it is the Digital Revolution that started driving workers into offices in the second half of the 20th century. Digitalization and technology did not replace factories, but it changed them, especially in combination with global mobility and markets that go beyond domestic borders.

Not only replaced a computer with a typewriter and changed industries. It also created new jobs that did not exist for the generations before us, and it allowed many of us to continue our work duties from home during a global lockdown. The trend of remote work, so-called digital nomads and laptop workers, existed before the pandemic. Now, they are no longer a marginalised group, but a significant part of society that can no longer be ignored.

The next revolution is already in progress. It has been enabled by the Digital Revolution and defines the new ways to work. With the UK coming out of the latest lockdown, we stand now at a crossroads. The two big questions seem to be: Return to the office or work remotely?

We would like to raise another question though: Why do you have to decide? We are all individuals with our own lives, our own strengths and our own definitions of a healthy work-life balance. Some of us like to be in offices, others prefer to work from home and drop into a coffee shop in the afternoon, some of us enjoy the gym in the morning, others like to take Pilates classes at lunchtime and some of us are at their highest level of productivity at 2 a.m. – Why do we all need to fit into the same box?

If you ever wanted to become a part of something bigger, this is your chance! Join the Flo-working revolution and become the change you want to see in the way we work.